Sensei Georgek began his martial arts training in 1998, and has been an active member of Haybusa Martial Arts for 16 years. He has most recently received the title of Renshi and has earned the rank of Godan, a 5th degree black belt.

Sensei Georgek began his martial Arts training because it is was something that he had always wanted to try. His two sons, Jakob and Kevin began taking classes at the Dansville dojo when they were little. When they moved to the adult class, Sensei Georgek decided that it was a good time for him to join. Jakob and Kevin Georgek have both achieved the rank of Shodan. Sensei Georgek has expressed that one of the most rewarding aspects of his martial arts training has been being able to share the experience with his sons. Outside of Hayabusa, Sensei enjoys spending time with his wife and three children.

In addition to being able to train with friends and family, Sensei Georgek remembers the challenges that accompany training in martial arts. In particular, he appreciates mental and physical intensity of training and testing. The increasing difficulty and expectations that come with each test are just a few things that have made Sensei Georgek appreciate his time training at Hayabusa.

Sensei Georgek has provided his students with many opportunities; Sensei works hard to maintain the Hornell dojo to ensure that his student have the very best school to train in. He works hard to continue the traditions Martial Arts and provides his students with valuable insight on how to improve. In addition, he respects the importance of physical fitness, and holds everybody to the standard of being the best that they can be. Sensei advises his students to to be persistent in their practice of martial arts, and their individual goals. As he says, we must dedicate ourselves to them. 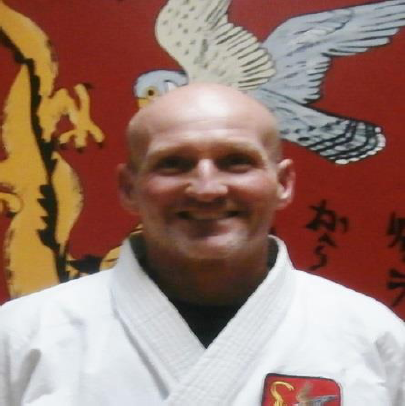