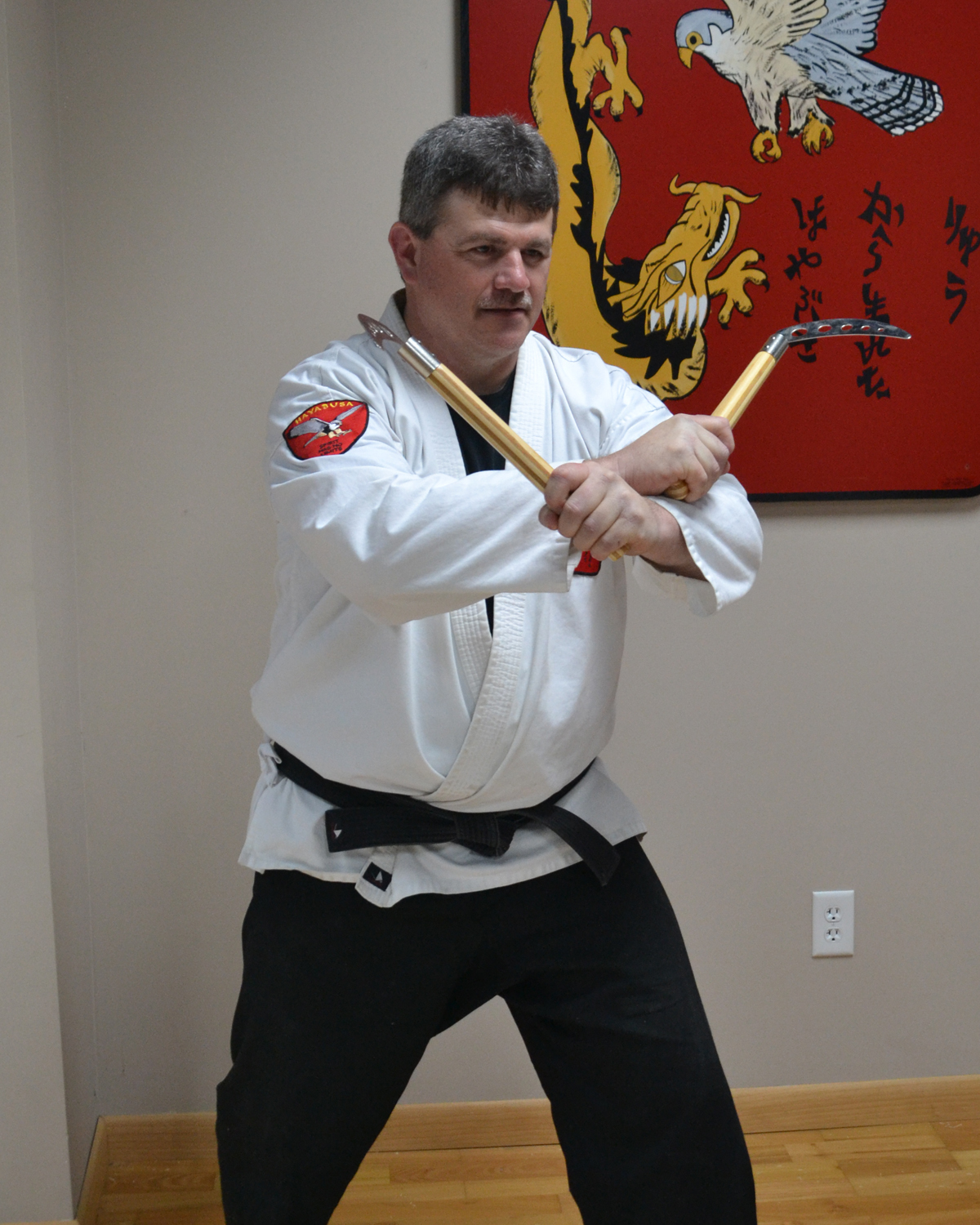 Hometown: Grew up in Dansville and lives in Wayland.

Career: Water plant mechanic for the City of Rochester

Family: Married - Lisa “She is my rock” Children – Joshua, Aimee and Tyler

Hobbies: I love the outdoors: hunting, fishing, biking, and snowboarding are some of my favorites. For a time I was a snowboarding instructor at Swain but quit to run a dojo in Dansville.

Why I began Martial Arts: In 1996 I attended my first martial arts class not as a participant but as a parent watching my 5 year old son in his first class. I was intrigued but continued as a spectator for three more months and then Hayabusa held a karate demonstration. After the demo Hanshi had a short conversation with me. “You should try a free class”, she said, “It would make your son happy to have his father in class and I believe you would make a good black belt someday.” Those words resonated in my head, “I’d be a good black belt.” HA HA! Well, I took my free class and found the atmosphere to be more than I expected. Everyone treated me like a member of their family, with respect and a sharing of knowledge. Mostly it gave me and my son, Joshua, something to share and to bond over.

Taking only one class a week, it took me almost a year to get my first rank. After that I started helping with the junior class and attending classes twice weekly. By the time I reached green belt I was going to class 3 to5 times a week.

The real test came when Joshua turned 15 and decided to quit karate classes and my wife said, “You should just stop going too.” The fork in the road was there. I decided that I wanted to finally finish something. “No, “I said, “I want my black belt.” The rest, so they say, is history.

How I have benefited from Martial Arts:   Karate is my passion. I enjoy everything about it: the classes, the people, the parents, it is all a great experience.

I wish more parents would join. It is an amazing thing to have something in common with your child. To have something you both can strive to get better in, something that bonds you to your child. There are so many ways in which parents DON”T become involved with their children and karate is one that you can experience together.

I hope to keep the Dansville Dojo open for a very long time.   I love running the dojo and I am sure that it will remain a staple in my life.