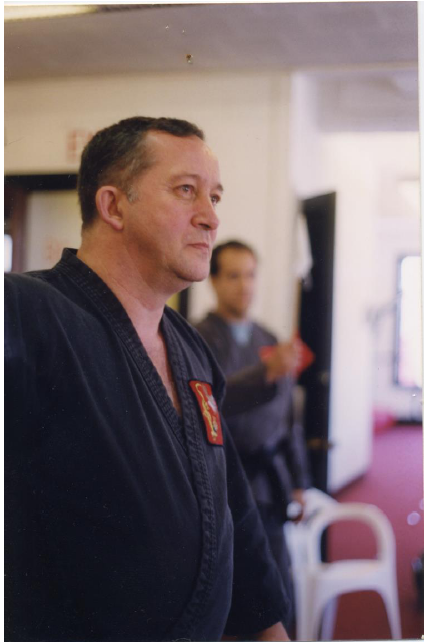 Sensei Richard Personius passed away this last year (2014) and those of us who were fortunate enough to have known him remember him with both respect and affection.

Beginning classes in 1985 he and his two sons were the first to walk through the door when we opened our school in bath. He was 40 years old. Eight years later his sons had dropped out. However, he had continued with his training and received his first black belt.

From that point on he was instrumental in keeping both the Bath dojo running smoothly; always there to open the school and help run classes. Many of our black belts owe their knowledge to his teaching.

Sense Personius was a quite , humble man as well as a formadable fighter of consistant control. A true martial artist he always showed the upmost respect, dignity, loyalty and honor.

Over the last few years he was unable to continue martial arts due to the same serious medical problems that took his life at such a young age.

We will remember him with honor.
-Hanshi