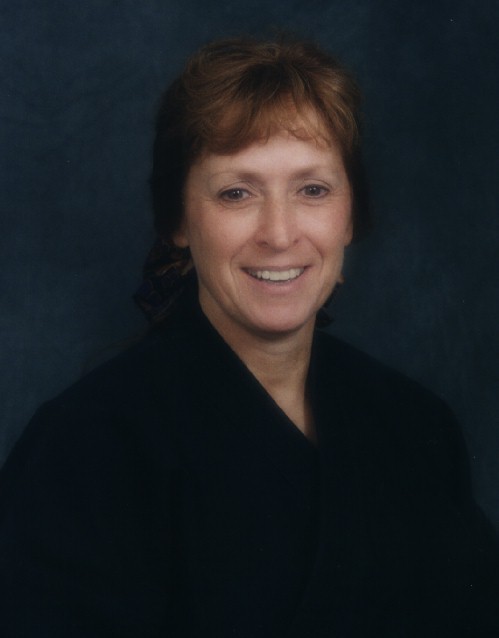 Hanshi Stiegler grew up in Alfred, NY where she attended Alfred University obtaining her Bachelor of Arts Degree in Fine Arts and Master of Science Degree in Education. Looking for a fun way to stay physically fit, she tried a karate class and fell in love with martial arts. Women were not well received in karate at that time. For awhile she was the only woman in her classes. Frequently the other students and even the Black Belts would be condescending towards her. “I was determined to achieve my black belt,” she explains, “Not just a ‘woman’s black belt’. I wanted to be as good as, even better than, the other students.” She succeeded.

Driving between Rochester and Auburn to study with several Black Belts in various schools, she soon began winning both national and international championships. She also made appearances on TV and radio shows demonstrating her own skills as well as promoting martial arts in general.

In 1976 she founded Tatsu-Do Martial Arts and opened her first martial arts school. Later, she made the decision to leave the Public School System in order to devote herself fully to teaching Martial Arts. Over the years she has risen in rank to 9th Degree Black Belt and is one of the highest ranked women in the United States. Her rank is also the highest of any in the area - male or female.

Today, Hanshi Stiegler runs a school of her own as well as heading Hayabusa. She strongly insists that martial arts is not just kicks and punches - but respect, discipline, commitment, incentive, accountability, and honor. Always encouraging her students to “take the high moral road”, she believes that how you live your life is more important than how much money you make, where you live, or what job you have. She loves her work and points with pride to her students. “They are the best,” she says, “but then, Martial Arts has always been the finest way for a person to achieve physical fitness, mental control and the self confidence they need to reach their full potential.”